by Me Mom & Morgentaler 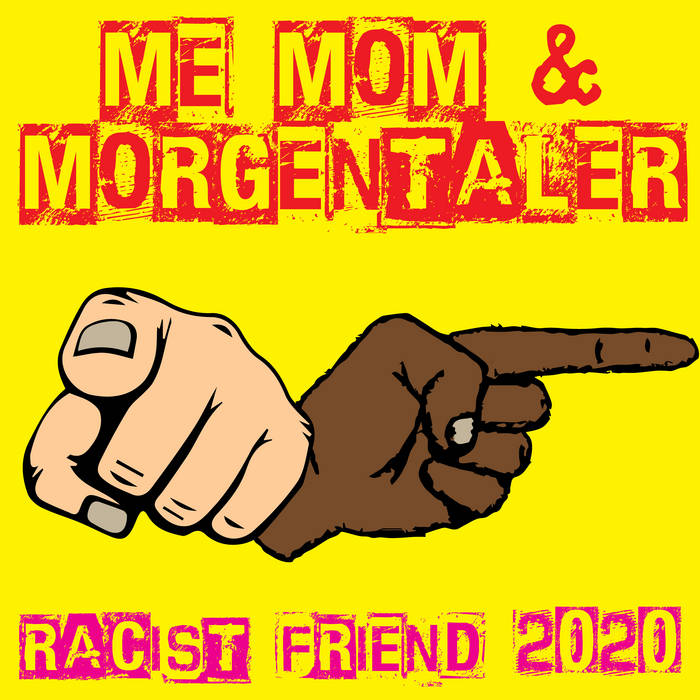 Proceeds from the sales of this single will be donated to À deux mains / Head & Hands in NDG, Montreal, Quebec.
www.https://headandhands.ca/

Me Mom & Morgentaler are (virtually) back! The members of the legendary Montreal band, now scattered across the globe, from NDG and Brooklyn to Paris and Barcelona, have recorded a cover of the Special AKA’s 1984 song Racist Friend in aid of MTL Vs Racisme.

Formed in 1988, the band recorded and toured, building a loyal following and a reputation for explosive live shows. After an EP (Clown Heaven and Hell, 1991) a studio album (Shiva Space Machine, 1993) and a live album (We Are Revolting, 1994) and several personnel changes, the band amicably parted ways in 1995. Members went on to further careers in music, cinema and veterinary medicine.

The band, who last performed together for a 2007 reunion, has a history of outspoken antiracism, dating back to confronting neo-Nazi skinheads who erroneously attended their early shows in the Montreal ska scene in the late 1980’s. It was during this time that they first learned Racist Friend as a response to those interlopers.

Three decades later, the song still resonates in today’s polarised world. Despite the pandemic that has swept across continents in 2020, Me Mom’s members were able to record tracks for the song in their various home studio setups, sending them to guitarist/vocalist/producer Gus Van Go to assemble the final version.

They are contributing a video of the song, co-created by drummer/director Sid Santiago and Montreal via NYC longtime friend and film editor Rosella Tursi, to MTL Vs Racisme’s fundraising efforts on September 12, 2020.
www.facebook.com/events/317126439710703/

Produced, mixed and mastered by Gus Van Go at the Boiler Room (Montreal)